The Best of Kalamazoo

A few years ago, my friend asked if I wanted to be his 4th roommate in Kalamazoo. I told him I really didn’t feel like talking about Lord of the Rings.

At the time, I was living in New York and figured Kalamazoo was a small community between the Plateau of Morgoth and Ered Lithui (The Ash Mountains) near Mordor… I was reading Return of the King.

But wanting to get out of New York, I boldly accepted the invitation and told myself I’d live here for a year and then figure out where to go next. That was three years ago and I’m still here. Turns out Kalamazoo is nothing like Mordor. It is more like The Shire.

Somehow I managed to spend most of my life in Michigan never visiting Kalamazoo or even really hearing of it. In fact, go anywhere in Michigan and tell them you’re from Kalamazoo and the most common response you’ll get is, “Never been there, but I’ve heard of it… Are you gonna finish those fries?”

Yeah, Brett. I ordered them. I’m gonna finish them.

In my mind, Kalamazoo is Michigan’s best kept secret.

Housing a close knit community of artists, craft beer aficionados, and a bajillion fun things to do.

Below is a list of some of my favorite places I’ve discovered in the past few years and where you might find the staffers of Overneath Creative Collective on a Saturday night. Here’s what I want you to do; Close your eyes and think of your top three favorite things.

Okay, I’m just going to assume the three things were beer, food, and movies. The Alamo Drafthouse is the best of all these things. It is a theater where you can order food and drinks during the film. That’s right, no more sneaking in a box of wine disguised as a baby cradle with an entire orphanage of Sour Patch Kids lining your inner coat. All you have to do is write down what you want (or draw a picture) on a piece of paper, and then a ninja waiter will sneak up and snag it. Next thing you know, there’s a pair of hands rising up from the darkness dropping off a full bowl of popcorn and a freshly poured beer.

And that’s not all! You get to pick your seating at the ticket counter, so you and your group don’t have to do that awkward thing where you stand by the theater entrance and scan for available seats while everyone in the audience looks at you thinking, “Glad I’m not them.”

And the icing on top of the cake is that the Alamo’s done away with those lame local advertisements you’ve become so accustomed to at normal theaters. The only con to that is now you won’t know who to call when you need a defense attorney who specializes in small claims court. There are a million breweries in Kalamazoo. It’s one of the things we’re known for. So many, in fact, that a simple night out with friends requires the clear headed planning and careful strategizing of Dwight D. Eisenhower plotting the invasion of Normandy. There’s just so many options. One bar I think you should take into consideration the next time you plan your invasion of Kalamazoo’s bar scene is a little spot called Tibbs.

It’s an intimate venue (though they’ve recently expanded the basement) with a modest selection of beers located downtown, a stone throw away from our offices at Overneath Creative Collective. Just looking at the menu, you can tell a lot of planning and care went into each one. I have yet to order anything that didn’t make my taste buds jump around and sing the chorus to a Beyonce song.

And when I say intimate venue, I mean it’s the kind of place where you wouldn’t look like a loser if you just stop by after work and read a chapter or two of that novel you’ve been reading for what feels like forever (Seriously, could The Corrections be any longer?) while downing a couple pints. Rupert’s is another cozy bar that brews their own selection of amazing beers. It’s a relaxing destination halfway between WMU’s campus and downtown that looks like it came out of a Norman Rockwell painting, complete with comfy couches around a fireplace and even a lazy dog sleeping off to the side. Yeah, they have a dog.

They also have a stage where they host free acts every single week. The place is amazing. If I could live here, I would. Trust me, I tried. Turns out they check the bathroom stalls before closing every night.

The menu usually has around 9-10 beers on tap, which doesn’t sound like a lot, but it’s plenty when the beers are this freaking good. You can always expect the favorites to stick around while the other slots make way for some newer stuff. My personal favorite is the Peanut Butter Porter, which is so good I want to inject it into my bloodstream via an IV bag. Not a brewery, but a swanky new bar that opened up downtown, right across the street from our office at Overneath. It’s the perfect place to go after watching The Great Gatsby for the eleventh time, or if you just feel like dressing up and pretending you’re not drowning in student loans.

The real draw here is the cocktails. Which are, admittedly, not my forte. Since my first visit though, I’ve vowed to try every single one on the menu. I have yet to be disappointed. They have this one that they pour out of a smoke filled beaker that reminds me of something made in a Hogwarts Potions class. I also recommend the Scythe & Sickle, which tastes so good that I haven’t stopped craving one for about 5 months now.

Also make sure to check out the cool soaps in the bathroom. Seriously, just take my word for it and thank me later. 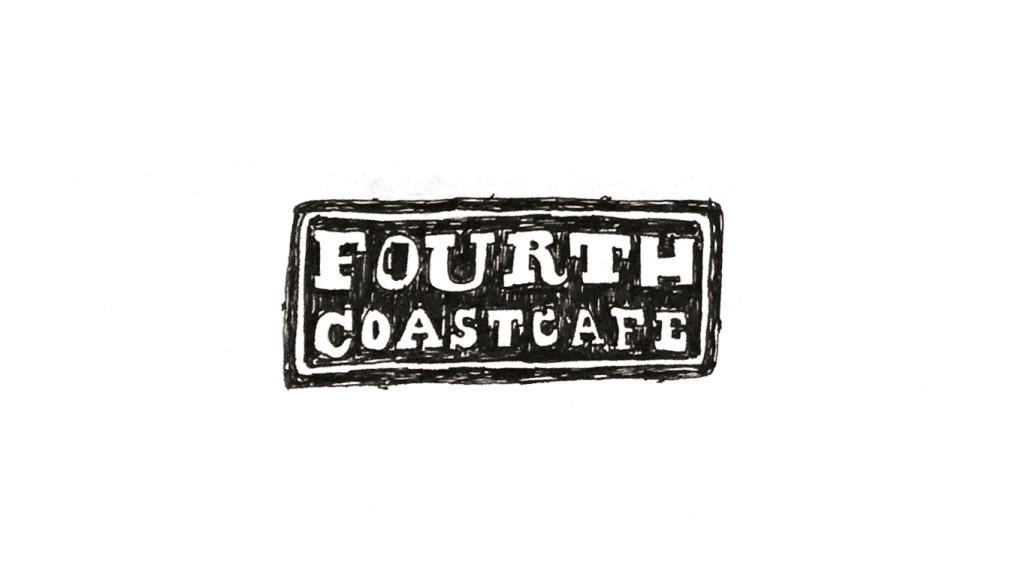 Fourth Coast, which is on the first floor, is the coffee shop. It’s open 24/7 which means it’s literally open forever and ever. They have this thing on the menu called the Bow Breaker that’s a bunch of espresso topped with a bunch of coffee and after you drink it, you feel like your molecules are going to vibrate through the chair you’re sitting on and you’ll feellikeyouretalkinglikethisforhoursafterwards. It’s awesome.

Upstairs is the breakfast restaurant, Crow’s Nest. It’s essentially a hangover relief shelter. Everything on the menu is amazing. The french toast is the size of a small island that Leonardo DiCaprio might purchase and it’s topped with apples so fresh, I’m half convinced there’s an apple tree growing in the kitchen. A small, rustic little coffee shop hidden on the edge of downtown that has. The. Best. Coffee. In. Kalamazoo. I threw in some extra periods there so you know I’m serious. This is the only place we buy our coffee beans at Overneath, and I doubt that is ever going to change. If it does, I quit.

My boss scolded us once for drinking too much coffee too quickly, but it is really Black Owl’s fault for roasting it so well. Super selfish of you, Black Owl. Having lived in New York, I’ve seen my fair share of record stores, but I’ve never been so consistently lucky searching the used bin as I have with Satellite Records. I’m starting to think they have my house bugged and just know when I’m coming in so they can stock what I’m looking for. If you’re reading this Satellite, I’m happy to keep this creepy arrangement going.

The employees also have great taste. I can’t count the number of times I’ve gone in and bought what the cashier was spinning over the store speakers. It’s gotten to the point where I can’t even walk in the store unless I’ve budgeted to drop a large portion of my paycheck, which I never do, but go in anyway. If you collect vinyl, please check this place out. Just don’t come crying to me when you have to live off wheat bread and free Costco samples for two weeks.

So there’s just a few of the places I’ve fallen in love with in the past few years that make me happy I moved here.

We are still here for all of your video & animation needs!